According to Melissa Jones of Bookkeeping Concepts, running a financial business comes down to much more than crunching numbers.

“A lot of people think that bookkeeping is just numbers,” she said. “But it’s so much more than that. You can use those numbers to help with so many other facets of your business. I can help customers increase income, save money on taxes and put money in the bank by allowing them to focus on sales.”

After growing up in Las Vegas, Nevada, she attended Brigham Young University and UNLV where she studied finance. She now lives in Alpine with her two children, ages 9 and 16, and has succeeded in becoming both a great mother and a successful businesswoman. 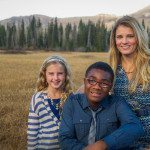 Looking for a way to support herself and her family, Jones was in search of a career that would allow her to stay at home with her children while utilizing her banking and financial background. While applying for a customer service job, she asked if she could work from home. The owner would not allow it in the position she was interviewing for and half-heartedly said, “But I do need a bookkeeper!” At that moment, Melissa Jones had her first client.

From that point forward, she has been building clientele simply from word-of-mouth. Her business, Bookkeeping Concepts, has grown immensely ever since.

“There was a learning curve there,” said Jones. “I had to tweak things and figure out how to organize my time and be able to handle as many clients as I had. We’ve grown enough now that I’ve even had to hire an employee for the first time.”

Her ability to connect personally combined with her financial knowledge enables her to help her clients accomplish great things.

Jones encourages everyone to learn the value of money management and budgeting so they can apply those values to their own spending habits.

With classy design on thick, high-end paper, our mission is to connect advertisers with consumers by distributing the most attractive direct-mail print advertising magazine available. Our goal is to create and maintain strong relationships with our advertisers, and truly care about their success.