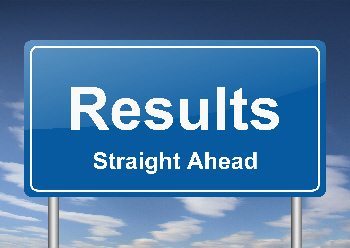 Print Advertising – How To Make It Really Work

Print Advertising – How To Make It Really Work

The Nature (and Uniqueness) of Print Advertising

On the surface, print advertisements and television commercials face the same hurdles. In both cases, they must break through clutter and hold people’s attention while communicating memorably and persuasively.

However, there is a fundamental difference between television and print advertising:

In print, the reader is fully in control of how they consider the ad. In this sense, a print advertisement is more similar to a package trying to grab a shopper’s attention. In fact, the average viewing time ranges from 3-5 seconds.

How Print Ads Are Typically Read

With print advertising, the reader is in control of exactly how they read an advertisement. That includes which specific parts are actively considered and which are ignored. To understand this dynamic, we utilized PRS Eye-Tracking, which allowed us to track viewing patterns (starting point, ending point, etc.). It also allowed us to document what percentage of readers actively considered the headline, branding, primary visual, copy points, etc.

Here are three of the most important patterns that were revealed:

1. Ads are Scanned Rather Than Read

It should come as no surprise that even the most engaging print advertisements are not considered thoroughly by most readers. In fact, when ads are shown in magazine clutter, it was revealed that there is a “ceiling” of about 15 seconds of average viewing time.

As importantly, beyond a certain point (typically 4-5 sentences or bullet points) additional text is not likely to generate additional reading time. Instead, additional text mainly takes a reader’s attention away from other elements in the ad.

2. Readers Start with the Main Visual

Many print advertisements are designed on the assumption that readers will start at the top left and work their way downward in a traditional reading pattern. That assumption is a mistake. Readers nearly always start with the dominant visual element in the ad. In most cases, this element (usually an image) is positioned in the center of the page. From that starting point, traditional reading patterns often take over as readers drift or scan downward and rightward. As a result, messages positioned above or to the left of the main visual (including many headlines) are often missed.

While this viewing pattern should lead readers to the brand signature frequently seen in a bottom right corner, we also found that over 50% of readers “check out” before reaching this point. In fact, this is the primary reason for low brand recall.

Our study of ad viewing patterns reinforced that people prefer to take in information visually rather than verbally. In fact, readers spend at least half their viewing time on visual elements. Visuals are nearly twice as likely to be seen and actively considered as text. In addition, there is an inverse relationship between the length of text and the likelihood that it will be read. Without question, bullet points are more effective than paragraphs.

Of course, there is no “formula” for effective print advertising. More than anything, we consistently found that it is unique appearance and ad placement that generate attention and involvement. At the same time, it would be incorrect to ignore the basic realities of how print advertisements are read. We strongly recommend businesses use the guidelines above and find ways to successfully advertise in print.

By applying these fundamental principles to the design of print ads and “balancing art with science,” marketers will be rewarded. They will be able to communicate more quickly, clearly and persuasively to create better results with their print advertising.

With classy design on thick, high-end paper, our mission is to connect advertisers with consumers by distributing the most attractive direct-mail print advertising magazine available. Our goal is to create and maintain strong relationships with our advertisers, and truly care about their success.